A WiFi extender might be a good solution if you’re having issues regarding your internet in the different areas across your house. WiFi extenders help to boost the signal in areas of your house where the internet is weak or doesn’t reach you. They can also help improve your internet connection’s speed and reliability. If you’re interested in getting information about what is WiFi extender and how it works, there are a few things you should know about them.

What is a WiFi Extender?

A WiFi extender device is designed to improve the signal strength of your current WiFi system. It does this by receiving signals from your router and transmitting it to areas in your home in which the signal is weak. WiFi extenders are also sometimes known as WiFi boosters or range extenders.

WiFi boosters do this by receiving signals from the router and amplifying them, then broadcasting the amplified signals to areas where the original signal was weak. This can be especially useful in large homes or offices with many walls, as it can help eliminate dead spots where the WiFi signal doesn’t reach.

Do I need a WiFi extender?

A WiFi extender is an important device to have if you are experiencing problems with your WiFi signal. If you have a weak or inconsistent signal, an extender can help to boost the signal and give you better coverage.

The Benefits of a WiFi Extender

For better WiFi coverage, a WiFi extender has a lot of benefits which include-

How does a wifi extender work?

A wifi extender is a device that helps to extend the range of a wireless network. It does this by amplifying the signal from the router and then transmitting it to other devices in the home or office. They are also known as range extenders or repeaters.

If you have a large home or office, or if there are walls or other obstacles between your router and where you want to use the internet, a wifi extender can help to boost the signal and extend the range. Wifi extenders are easy to set up and can be a good solution if you need to extend your wifi coverage.

Here’s how a WiFi extender works: 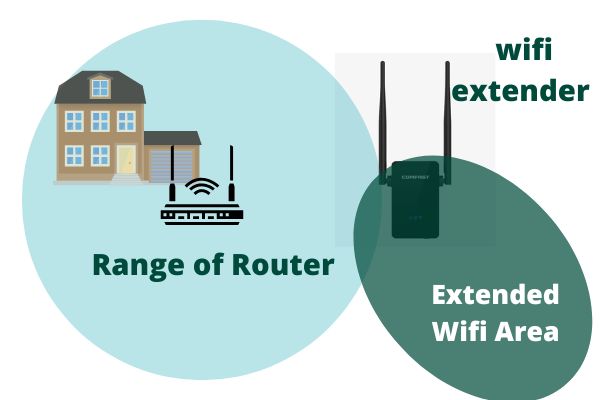 A wifi extender can be a good solution if you’re looking to extend your wifi coverage. They are easy to set up and can help to boost the signal in your home or office.

You can think of it like this: your router creates a network with a certain range (usually around 150 feet). A WiFi extender can extend that range to reach further corners of your house or office.

WiFi extenders are mainly divided in to types: wireless and wired.

A wired WiFi extender uses an internet cable to connect to your router. They’re typically more powerful than wireless extenders and can extend your WiFi signal further. However, they’re also more expensive and maybe a little more difficult to setup.

Wireless WiFi extenders are connected to your router wirelessly. They’re typically less expensive than wired extenders and are easier to set up. However, they’re not as powerful and might not extend your WiFi signal as far.

The Pros and Cons of WiFi Extenders

There are pros and cons of using an extender that connects to WiFi. Some of the pros include:

There are several different WiFi extender brands on the market. Some of the most popular include:

If you’re interested in getting a WiFi extender, there are a few things you should keep in mind:

How do I install a WiFi extender?

The first step in installing a WiFi extender is to identify the location of your current WiFi router and where you would like to extend the signal. Once you have found an ideal location, plug the extender into an electrical outlet and connect it to your router using an Ethernet cable. 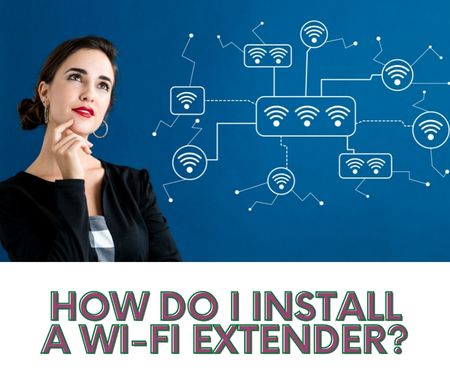 Next, you must configure the extender to work with your specific router. The process may differ based on the model and make of your extender and router.. Once the configuration is complete, you can unplug the Ethernet cable and enjoy extended WiFi coverage throughout your home or office.

Where should I put my WiFi extender?

Finally, ensure that the extender is central to distribute the signal throughout your home or office evenly.

How can I improve the WiFi in my house?

There are some options you can take to enhance WiFi throughout your home:

Does a WiFi extender have its own WiFi?

Yes, a WiFi extender does have its own WiFi.This is how you can expand to the extent of your current personal network. By creating its own WiFi signal, the extender can communicate with your router and transmit the internet connection to devices that are out of range.

How far can a WiFi extender be from the router?

You can perform a few actions to improve the signal strength of your WiFi extender. One is to ensure that no objects are blocking the path between the router and the extender. Another thing you can do is to relocate your router and/or extender to a more central location in your home. Finally, if all else fails, you can purchase a WiFi booster or antennae to give your signal an extra boost.

Yes, a WiFi extender will improve the speed of your WiFi signal. It will extend the range of your WiFi network and boost the signal strength, which will help to improve your WiFi connection’s overall performance and speed. The further away from the router an extender is placed, the weaker the signal will be. However, most WiFi extenders come with antennas that can be rotated to help strengthen the signal.

The WIFI extender device helps increase the signal strength of the wireless network in your home. It does this by receiving the weak or patchy signal from your router and amplifying it so that it can reach all the corners of your house. This ensures that you have a strong, consistent connection in every room and increases your internet speed. If you’re experiencing low speeds, dropped connections, or dead zones in your home, a WIFI extender could be your solution. Thank you for reading.